Get Coda Payments official resources for journalists. For more information, please email our press department.
CONTACT US ->
← See all blog posts
May 24, 2021 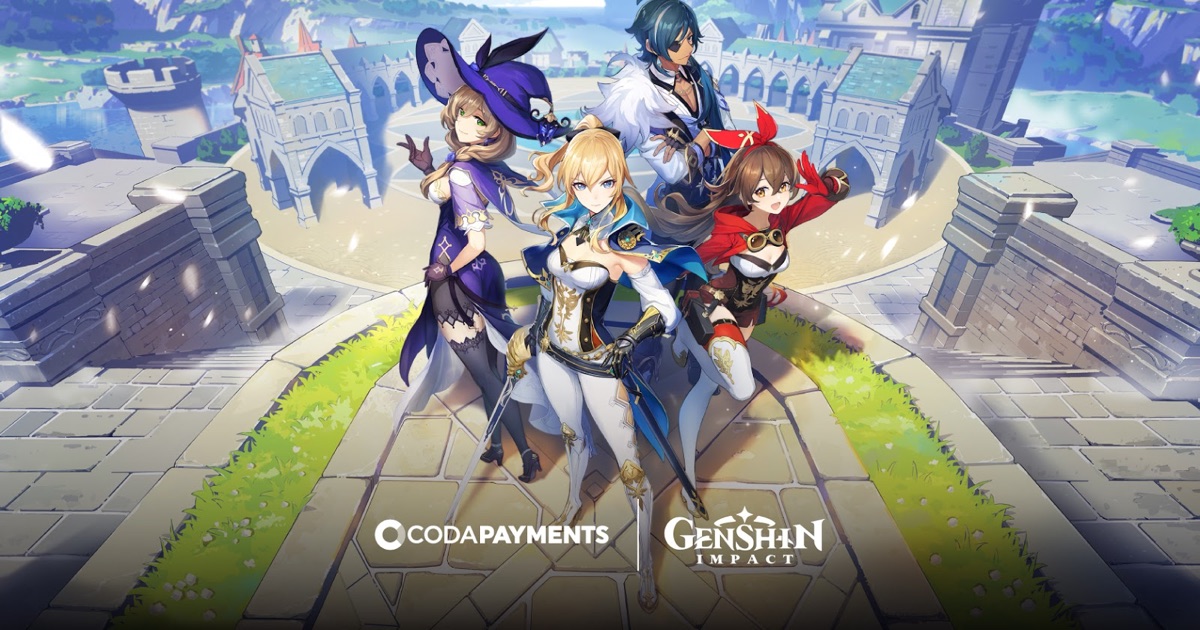 Coda Payments (“Coda”) is thrilled to announce that players of Genshin Impact, the open-world role-playing game developed and published by miHoYo, can now buy in-game currency outside the game on Codashop.
‍

‍
Genshin Impact launched in September 2020 as a cross-platform game that can be played on mobile, PC, and console; it was recognised in December 2020 by Apple as the iPhone Game of the Year. The game is free-to-play, and players can unlock premium features by purchasing Genesis Crystals.

Players in Indonesia, Thailand, Malaysia, Philippines, Singapore, Cambodia, Brazil, Taiwan, Hong Kong & Korea can purchase Genesis Crystals on Codashop in a few simple steps, starting by visiting codashop.com. The player enters their unique Genshin Impact user ID on Codashop, selects the server on which they’re playing the game, and chooses a payment method. After completing the payment, the Genesis Crystals are immediately credited to their account.

By making a single API connection to Codashop, miHoYo has made it possible for gamers to pay using 45 popular local payment methods and for some of the biggest brands in Southeast Asia, including GoPay, OVO, ShopeePay, LinkAja, Indosat, Tri in Indonesia, Globe, Smart, PayMaya, GCash in Philippines, and TNG, U Mobile, Boost, Celcom in Malaysia to contribute to the game’s continued success by promoting it to their users.

“We are delighted to partner with miHoYo and make it easier for players to access and enjoy the world-class content that they have created, and we are excited to contribute to the continued success of Genshin Impact.” - Coda’s CEO, Philippe Limes