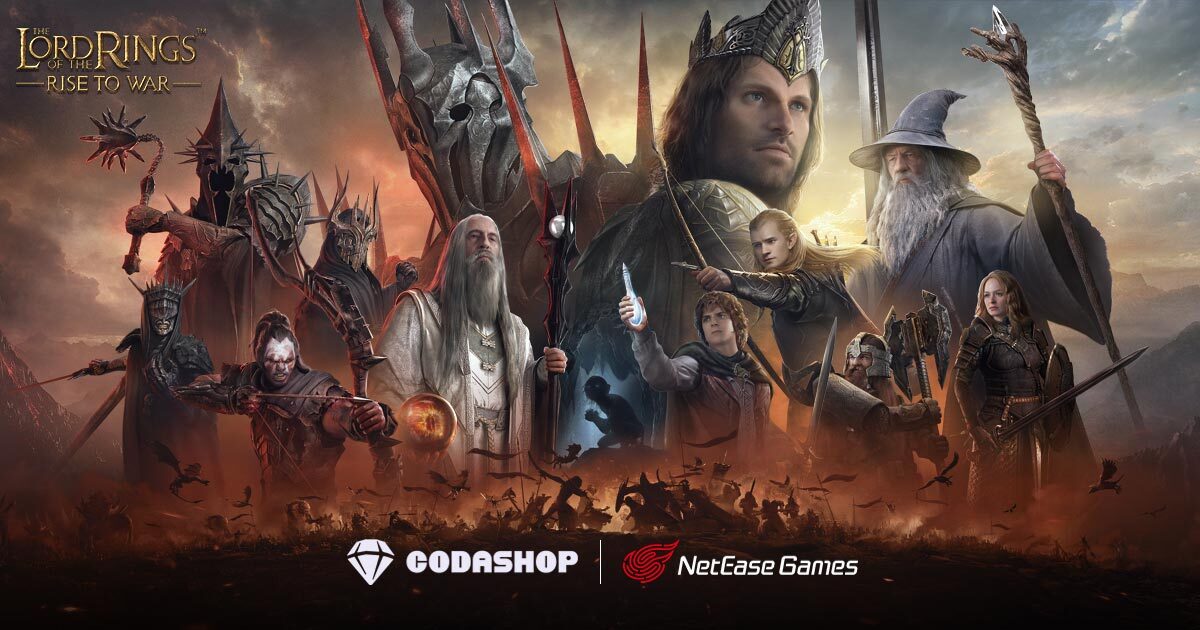 Codashop and NetEase Games bring The Lord of the Rings: Rise to War to Codashop in the U.S. and Europe

Currently available in over 50 territories, Codashop is a trusted source of digital content and in-game currencies for millions of fans worldwide. Through its official partnerships with leading game publishers, Codashop now brings a new way for fans in the U.S. and Europe to safely purchase in-game credits and upgrades for themselves, or even send as gifts to friends and family. ‍

The Lord of the Rings: Rise to War came to life through a strategic partnership between NetEase Games and Warner Bros. Interactive Entertainment as an officially licensed mobile strategy game based on the iconic book trilogy. Together, Codashop and NetEase Games are proud to bring users increased flexibility in their in-game payment experiences through Codashop.

We are proud to have once again worked with NetEase Games for the recent launch of The Lord of the Rings: Rise to War on Codashop. This partnership empowers users in the U.S. and Europe with a simple, new way to securely purchase in-game upgrades for themselves, or gift to others - all while bringing this iconic The Lord of the Rings story to more fans. - Philippe Limes, CEO of Coda Payments.

Codashop, operated by Coda Payments, has become a trusted source of games and in-game currencies for millions of gamers worldwide. It enables users to choose from more than 300 safe and convenient payment methods and is visited more than 90 million times per month.

Coda Payments’ mission is to offer the best value, experience and entertainment to its customers, every day, without fail. The vision is to be the platform of choice for taking life’s digital experiences over the top by enabling users to bring more creativity and self-expression to their play—no matter who or where they are.

Coda Payments is headquartered in Singapore with dozens of additional outposts around the world. It is backed by Apis Partners and GMO Global Payment Fund, whose strategic management company is GMO Payment Gateway, Japan’s largest online payment gateway. Coda Payments has recently been named the 28th fastest growing company in the Asia-Pacific region by the Financial Times (making it the second-fastest-growing fintech company in its region), the 13th fastest growing company in Singapore by the Straits Times, and a Technology Pioneer by the World Economic Forum.

NetEase Games is the online games division of NetEase, Inc. (NASDAQ: NTES and HKEX: 9999), developing and operating some of the most popular mobile and PC games in markets including China and Japan. As one of the world's largest incubators of quality online game content, NetEase Games is dedicated to supporting the growth of innovative studios around the globe and growing an international presence along the way. To complement its self-developed games and world-class R&D capabilities, NetEase Games also partners with other industry leaders including Blizzard Entertainment, Mojang AB (a Microsoft subsidiary) and other global game developers to operate some of the most popular international online games in China.