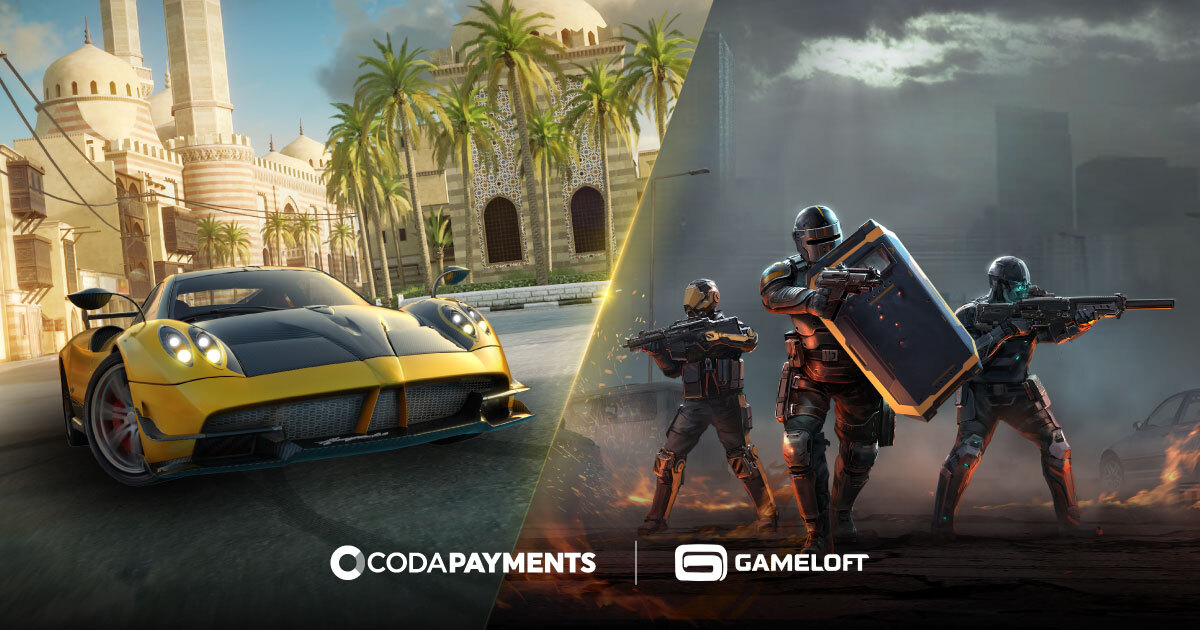 Players from emerging markets can now top up their accounts in Modern Combat 5: Blackout and Asphalt 9: Legends, thanks to an agreement between Gameloft and Codashop.

The partnership is aimed to help the French publisher expand distribution and exposure and collect payments seamlessly in Southeast Asia, Russia, South America, Turkey, and Africa.

Gameloft decided to partner with Codashop due to a strong reputation the company cemented in emerging markets. Codashop is widely regarded and trusted by players in various markets to find offers and make purchases, not only for games, but also for a wide range of other digital entertainment options.

The partnership enables players to quickly and easily purchase in-game currency using local payment methods players know and trust. It is simple and intuitive to buy both Asphalt 9: Legends Token Game Packages and Modern Combat 5: Blackout Credits and VIP Points, which are instantly added to players’ game accounts with no Codashop registration or login required.

Codashop was launched in 2014 and has grown rapidly into a robust platform capable of handling heavy transaction volumes and the sudden spikes in transactions that stem from new in-game item releases (e.g., new skins and heroes). In addition, Coda’s customer support team is available 24/7, speaks 19 languages, and handles more than 10,000 tickets per day.

Codashop, operated by Coda Payments, has become a trusted source of games and in-game currencies for millions of gamers worldwide. Codashop, which enables users to choose from among more than 250 safe and convenient payment methods, is visited more than 90 million times/month.

Gameloft creates games for all digital platforms, two of which are featured in the “Top 10 iOS Games by All-Time Worldwide Downloads” from App Annie. Gameloft operates its own established franchises such as Asphalt®, Dragon Mania Legends, Modern Combat and Dungeon Hunter and also partners with major rights holders including Disney®, LEGO®, Universal, Illumination Entertainment, Hasbro®, Fox Digital Entertainment, Mattel®, Lamborghini® and Ferrari®. Gameloft distributes its games in over 100 countries and employs 4,600 people worldwide.