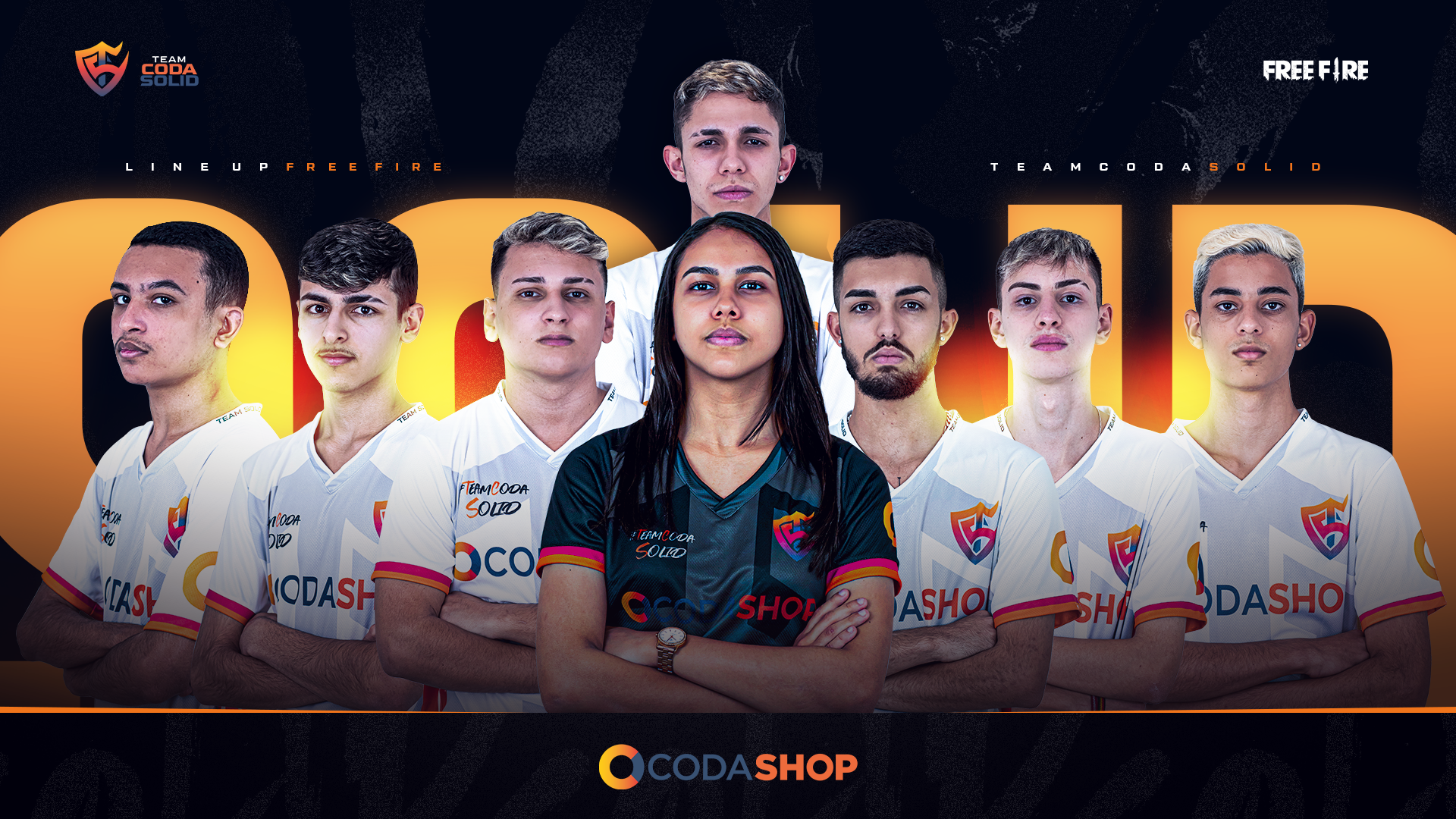 Codashop, the trusted source of games and in-game currencies for millions of players worldwide, has announced a partnership with Team Solid to create a new team called Coda Solid that will debut in the upcoming season of the Brazilian Free Fire League (LBFF) starting on June 12.

A gaming office and an influencers house

The partnership will include investments in a gaming office as well as a new infrastructure for competing athletes in all games that the organization is involved with. More than R$ 1 million will be applied to support the initiative. The 5 professional members of the Coda Solid team, who are all experts in Free Fire, will play the new season of LBFF in the upcoming tournament. During the week the players will train in a 200m² gaming office specifically designed to maximize their performance, with analysis and training rooms and fitness and entertainment areas. The team will be hosted in an apartment with all the comforts of home to make their stay more enjoyable.

The initiative will also include a house for influencers, Mansão Coda Solid, that will accommodate up to 4 at a time. The first influencers hired by Team Coda Solid are Matheus Dantas, with more than 2.1 million followers, Kawane "Cacau" Candido, with 353.000 followers, and Bruna “Grécia” Barbosa with 255.000 followers. The last resident will be revealed soon. The influencers will promote the activities from the Coda Solid team, participating in live streams alongside the players and the public.

With this, Codashop continues to expand its reach into the Brazilian eSports sector. Thousands of players have already competed in Codashop Global Series, the monthly eSports tournament held in Brazil among 14 other countries.

Codashop, operated by Coda Payments, the second-fastest-growing fintech company in Asia-Pacific according to the Financial Times, enables users to instantly purchase in-game credits and digital content using safe and convenient payment methods without having to use a credit card.

Codashop allows players to purchase credits for their favorite mobile games and apps, including Free Fire, PUBG Mobile, Mobile Legend, Tinder, and many others. The service is quick and seamless, offering the most popular payment methods in Brazil, such as Boleto, e-wallets, credit and debit card or bank transfer.

Codashop, operated by Coda Payments, has become a trusted source of games and in-game currencies for millions of gamers worldwide. Codashop enables users to choose from over 250 safe and convenient payment methods and is visited more than 90 million times per month.

For more information about Codashop, please visit the website and/or social media pages.